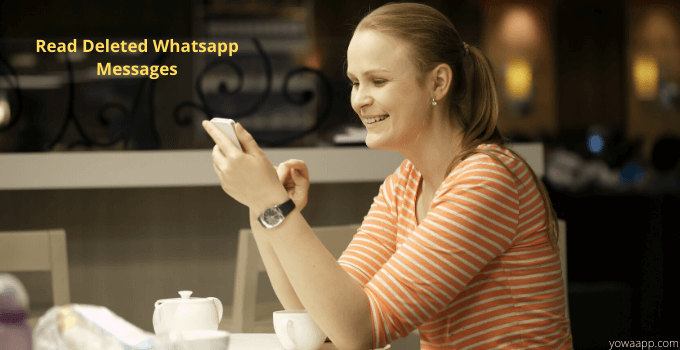 There is much stuff to discuss, so without any further delay, let’s get started- WhatsApp has gained a hell lot of popularity because of its excellent features. Right now, they are working on a self-destructing message feature for individual chats.

It is a similar feature that Telegram introduced a long time ago. Though it is still in the testing phase, we are going to discuss a similar “delete for everyone” feature that WhatsApp introduced in 2018. This feature allows users to recall messages even after the recipient has received it and read it.

How to Read Deleted WhatsApp Messages?

It is indeed a beneficial feature that can save us from a situation where we unknowingly or accidentally sent something wrong. Most people think that once you delete a text using this feature, no one will be able to see it. But that is not true.

So, the very first method we are going to discuss. Here you need to download and install an additional app, WhatsRemoved+ from Google Play Store. Simply follow these steps to read deleted WhatsApp messages using this method-

That’s it. After completing all these steps, WhatsRemoved+ app will be ready to track and save all the info of the deleted messages. It is a great tool, but it has flaws as well. The very first one is that it has way too many ads, and after a point, it becomes very annoying.

However, you can remove all these ads by paying a one-time fee of Rs. 100. Another thing that you need to keep in mind that giving access to a third-party app to record all your notifications can be a security risk.

Moreover, you can find many other similar apps on Google Play Store. Some of the honorable mentions would be Notification History, WhatsDeleted, and NotiSave. You can try these Android apps as well. But again, as I said that you need to be careful as such apps often tend to collect users’ personal data.

Do you know that by using any WhatsApp mod, you can read deleted WhatsApp messages? A lot of popular WhatsApp mods come with this feature by default.

They are being modified to collect the data so that if someone deletes a text even after using the “Delete for everyone” feature, you can still read those messages. Even, you can get access to the deleted media files as well. 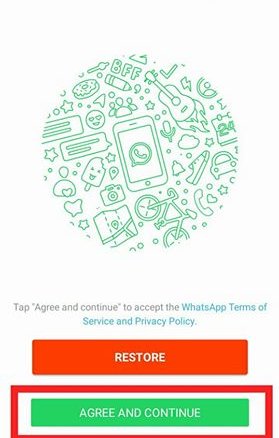 But the worst part of such modified apps is that they are not official nor secure at all. Such WhatsApp mods that allow reading deleted messages usually store data in third-party servers.

Otherwise, through the end-to-end encryption that WhatsApp offers, it is almost impossible to read deleted messages. Your data that they store in their servers can use for bad things. And yeah, you were the only one responsible for all that.

Even the developers can install adware or malware on your smartphone, and that is one of the enormous security concerns. Also, you won’t receive constant security patches that official developers release through updates. Developers of such third-party WhatsApp mod apps usually release newer versions after WhatsApp’s major updates.

Even though these WhatsApp mods offer numerous customization and features, there are many security concerns also associated with them. And just for the sake of some features, putting your privacy at risk is not a good deal. But you can completely trust the Mods by Fouad Mokdad such as FMWhatsApp APK and GB WhatsApp App for Android.

However, by following such walkarounds, you might put your privacy at risk. If you use such hacks, then you will be the only person responsible for any kind of privacy leakage.

With that being said, here is the time to wrap up the article. I hope it was a helpful article for you. If you have any questions, then please share them with us in the comment section below. We will assist you ASAP. Keep visiting Yowaapp for more updates.